If you’re committed to curb appeal, chances are you may have heard of Brinly-Hardy Co. and its premium lawn and garden equipment. After all, it’s a family-owned business that’s been around for almost 200 years.

“My great-great-grandfather went into business with Mr. Brinly, a blacksmith, and later bought him out,” says Brinly-Hardy Co.’s CEO Jane Hardy. She grew up around the family business in Louisville, Kentucky, and often visited the office in her youth. “We started in 1839, making horse-drawn plows that were particularly well-suited for sticky clay soils like we have here in Kentucky and further south.” 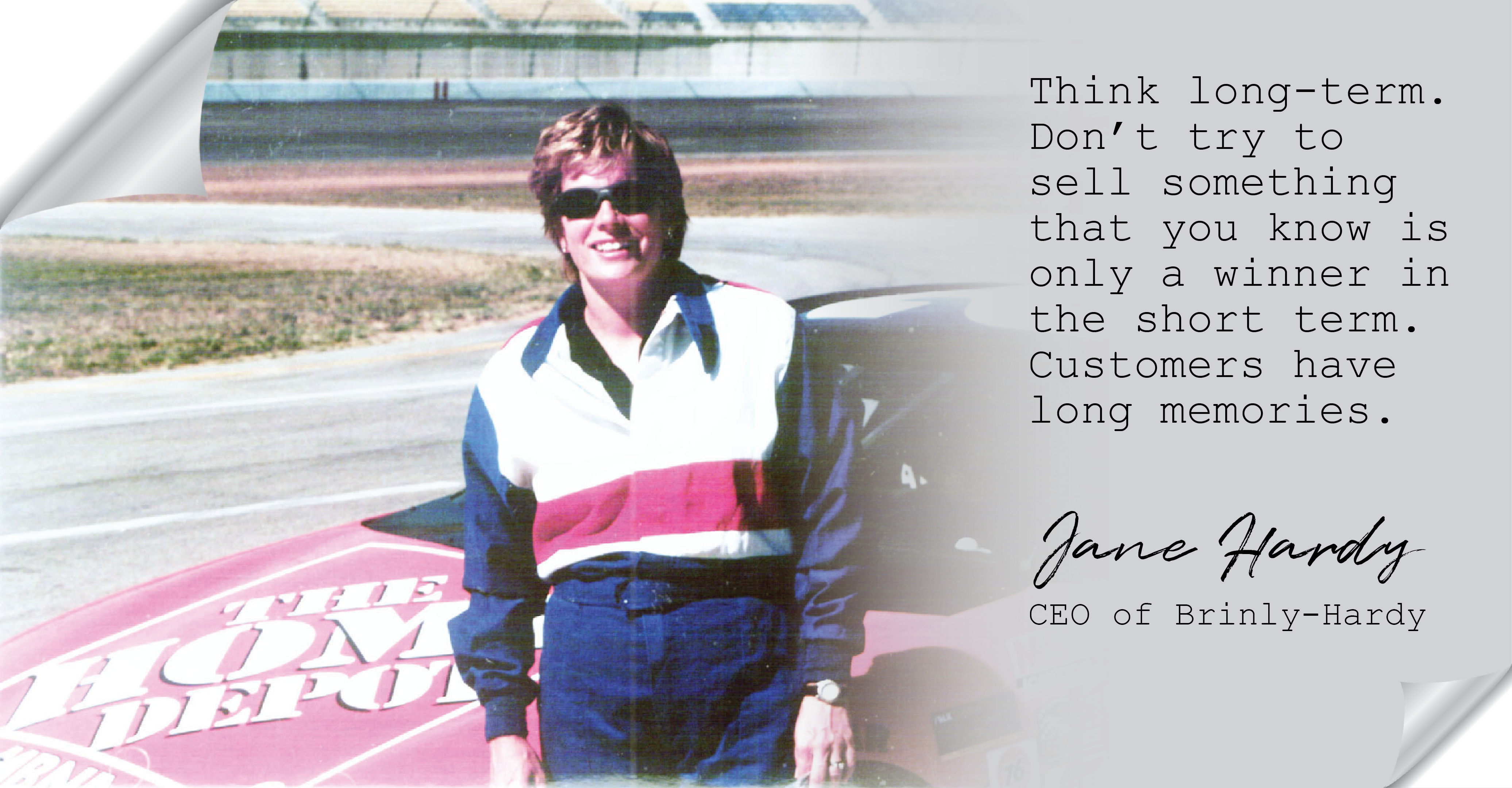 As the industry grew to rely more on motors than horses, Brinly-Hardy evolved right along with it. Jane began working for the business in college, moving from answering customer service phone lines to going out on sales calls, to eventually visiting trade shows and spending time on the factory floor. “We still make plows,” says Jane. “Only now they fit on garden tractors and ATVs.”

As CEO, Jane has been running the fifth-generation business since 1996. “When my father was ready to retire,” she recalls, “My older brother was tapped for the job. But he’s a teacher, and his heart just wasn’t in it. I’d worked hard in the business for 10 years and thought I knew something – so I asked for a shot at it.”

At the time, Jane was in her late 20’s. “My dad swallowed hard, eventually said yes, and the board agreed. I’m still here 35 years later – still trying to make it better. But we have great engineers, a wonderful brand and we take care of our customers. I’m very proud of who we are and what we’ve built.”

The same year that Brinly-Hardy celebrated its 140-year anniversary in 1979, The Home Depot was opening its first stores. “We’ve been a supplier to The Home Depot almost since the beginning,” says Jane. “In the late 70’s, we shifted from farm equipment to something new: residential lawn and garden attachments. It was a new market, and a young Home Depot was willing to test it.”

Today, Jane says Brinly-Hardy has “more patents than I can count,” primarily making attachments that extend the versatility of residential equipment like tractors and all-terrain vehicles. Most importantly, Brinly-Hardy is known for simply making things better. “A better cart, or a better fertilizer spreader,” says Jane. “These were all our inventions, and they help people get the most out of the time they spend on their property – and get better results.”

Brinly-Hardy continues to be a supplier of The Home Depot. “Every year, we work to be a better supplier,” says Jane. “Our merchants help us innovate, not always easy in a company – or industry – as old as ours, and it keeps the work interesting. They give us a chance to try new things.”