If you’ve visited a Home Depot store lately, chances are you’ve seen a number of lithium ion powered tools and eco-friendly products, but what you haven’t seen is an innovative technology at work just outside the store, with the ability to keep the lights on.

While quietly operating just a few yards from your local store, the sleek towers work actively to produce and store energy that can immediately provide power to a store in the event of a natural disaster or power grid failure.  The Home Depot is even using fuel cell technology to power forklifts at its 1.6 million sq. ft. direct fulfilment center in Troy Township, Ohio.

Bloom Energy gives us a walk-through of their product that is working at more than 100 Home Depot stores from California to Connecticut: 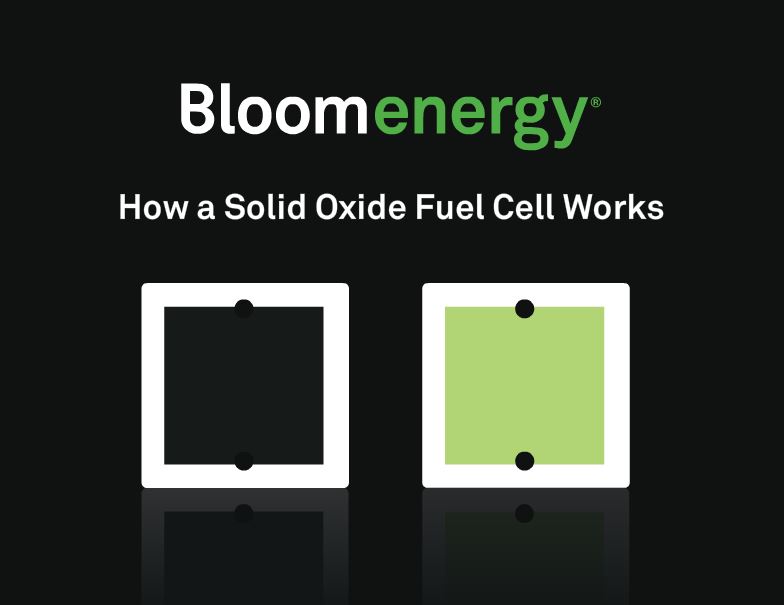 With a renewable portfolio that includes solar farms in Delaware and Massachusetts, in addition to wind towers in Texas, we were curious as to why fuel cells were the choice over other technologies on the market.

“Perhaps the biggest driver that made fuel cells the right fit for the stores we’ve done so far is that they eliminate the concern over aging roofs,” says Craig D’Arcy, director of Energy Management. “A solar install requires that the roof stay in place for at least 15 years, otherwise you significantly erode the financial benefit by incurring costs to remove and reinstall the solar system after the roof has been replaced.” 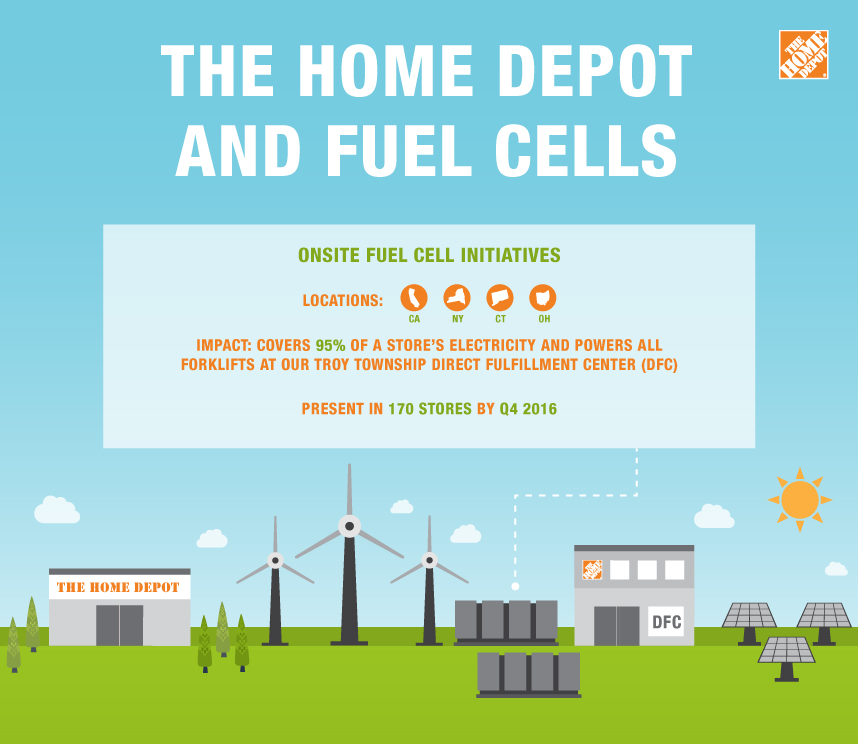 In individual stores, fuel cells powered by natural gas have proven to be the most efficient way to maximize impact from an environmental and value point of view.

The Home Depot doesn’t own the cells; it just pays for every kWh of energy the fuel cells produce. Even adding in the cost of the gas, the fuel cells are still cheaper than paying for conventional electricity.

Looking to learn more? Take a closer look at our partnership with Bloom Energy via Fortune.

5 Eco-Friendly Products That Save Water and Energy

5 Eco-Friendly Products That Save Water and Energy

BOSCH: Sustainability Is in Their Jeans

BOSCH: Sustainability Is in Their Jeans