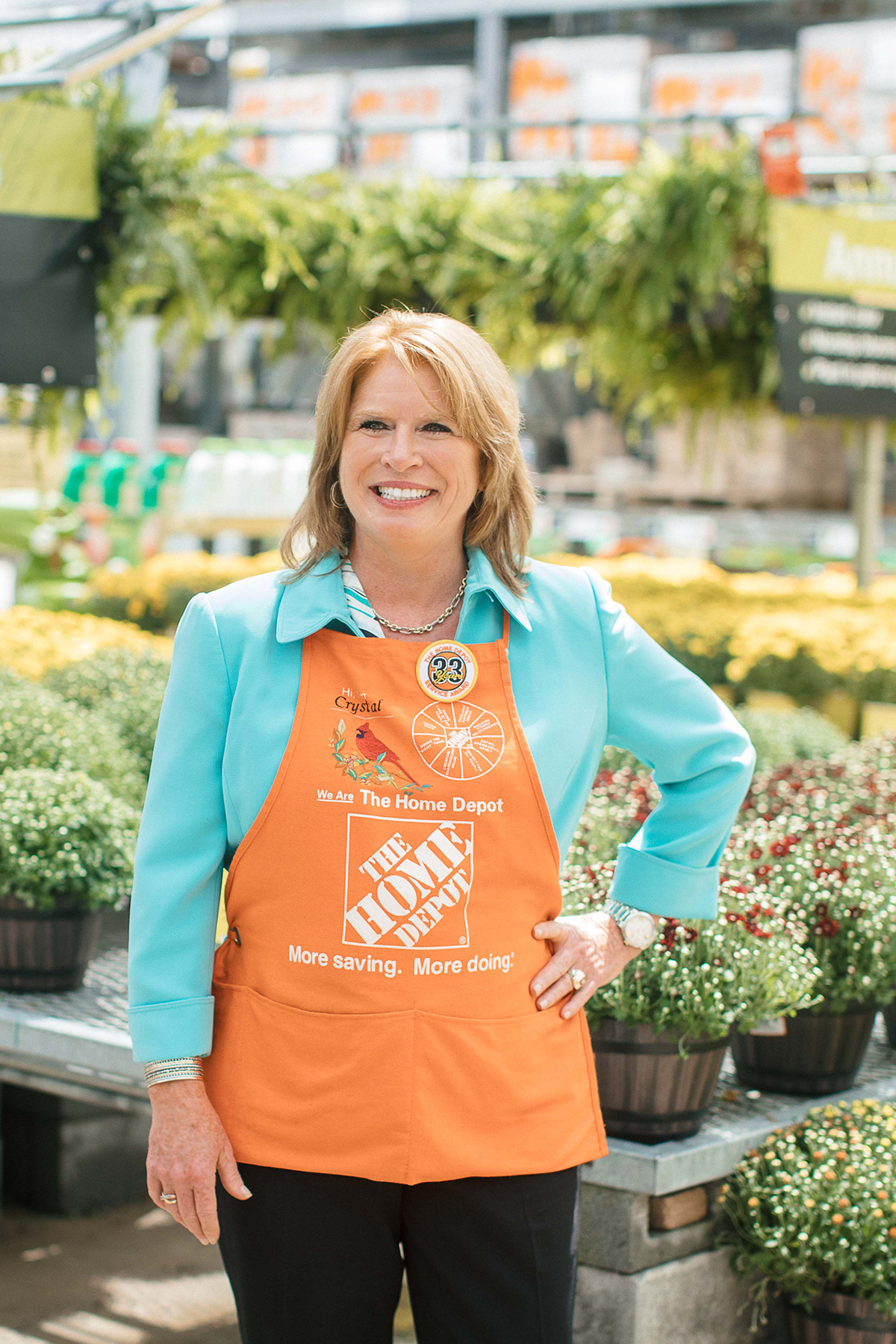 Crystal Hanlon is president of the Northern Division of The Home Depot. Crystal joined the company in 1985 and is responsible for the sales and operations of 795 stores in 24 Midwest and Northeastern states with a team of more than 110,000 associates.

Most recently, Crystal served as regional vice present for the Gulf Region, overseeing 128 stores in Texas, Louisiana and Mississippi and leading a team of 18,000 associates.

Hear more from Crystal in her episode of Give Me an H: