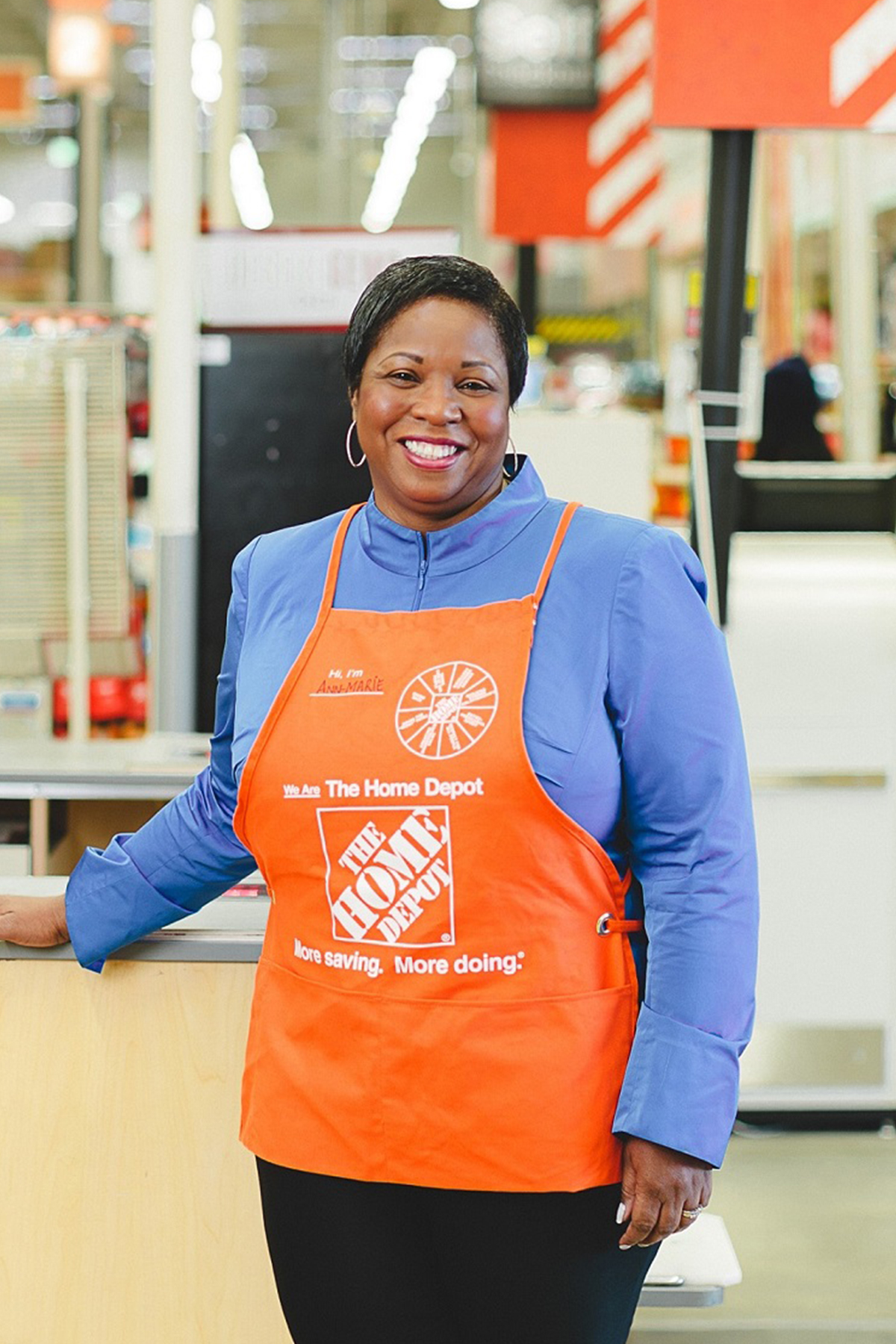 Fortune: What This Home Depot Exec Looks for in a Store

Fortune: How Home Depot’s Ann-Marie Campbell Rose From Cashier to the C-Suite

Atlanta Journal Constitution: Takeaways on the Roots of Leadership and Self-Confidence

Ann-Marie Campbell is executive vice president of U.S. stores and international operations, leading more than 2,200 stores and more than 400,000 associates, as well as supply chain, merchandising, sourcing and strategy for The Home Depot Canada and The Home Depot Mexico.

Ann-Marie began her career with The Home Depot in 1985 as a cashier in South Florida. She learned her first lessons in retail from her grandmother in Jamaica, who owned a small furniture store and had a reputation for friendly, top-notch customer service. After more than 35 years with the company, Ann-Marie brings a deep understanding of The Home Depot’s operations, culture and customers.

Living Home Depot’s values is a passion for Ann-Marie. She is an active Team Depot volunteer, working side by side with other associates to give back to local communities. She serves as the board chair of The Homer Fund, a charity that supports Home Depot associates facing unexpected financial hardship. She is also on the board of the Georgia Aquarium and Workday.

Ann-Marie is a graduate of Georgia State University, where she earned a bachelor’s degree in philosophy and a master’s degree in business administration. She is a member of Beta Gamma Sigma, an international business honor society and the National Scholars Honor Society.